CWP Successful login keeps redirecting back to the login page

A strange problem with the CentOS Web panel was caused by 100% disk usage. The user gets redirected to the login page despite the fact that the login was successful.

According to cwpsrv status the error is: Failed to parse PID from file /usr/local/cwpsrv/var/run/nginx.pid: Invalid argument

Again, this is odd because just Apache is installed… However, I googled the error and found that it is a known issue with nginx on Ubuntu: https://bugs.launchpad.net/ubuntu/+source/nginx/+bug/1581864

But, in my case the disk usage was full since the user had enabled local backups:

So, I first removed all files in the /backups directory and restarted cwpsrv.

Since this still gave the same error: Failed to parse PID from file /usr/local/cwpsrv/var/run/nginx.pid: Invalid argument I followed this workaround for above mentioned bug on nginx: 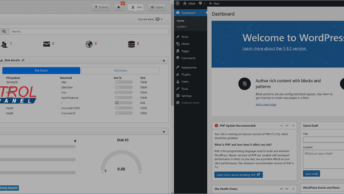 How to Install WordPress in Control Web Panel (CWP)